Liat Waysbort (Israel, 1974) is an Amsterdam based choreographer that started her career as a dancer and rehearsal director for Batsheva Dance Company. There she worked with choreographers like Ohad Naharin and William Forsythe. With her communicative and physical dance language, she makes disturbing themes in society tangible. Her works undermines clichés and stereotypes and embraces the complexity of the world with subtle activism.

Liat holds a master in choreography from CoDarts Dance Academy and was a resident choreographer in Dansateliers till 2012, where she created five full evening programs and a large body of shorter works for companies such as Conny Janssen Danst, Dansgroep Amsterdam and The Meekers. Her works were performed nationally and internationally at festivals like Springdance (Utrecht),  Dutch Dance Festival (Maastricht), Julidans (Amsterdam), rencontres- Choreographiques (Paris) and B-motion (Bassano del Grappa). Liat was nominated for the prize for the most promising choreographer at the Dutch Dance Festival in 2012. The succesful solo Please me Please-The Solo toured around the world, won the audience prize in Platform HR in Zagreb and was descriped as “A little masterpiece” in the critiques of Barcelona.

Liat is a dedicated, open and forceful teacher who teaches at Modern Theatre Dance and the School for New Dance Development at the Theaterschool in Amsterdam and at the Henny Jurriens Stichting in the same city. 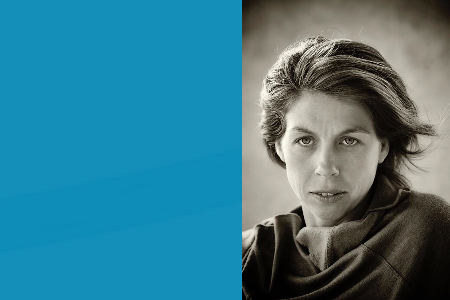 With her dynamic, physical, warm and communicative performances Liat makes disturbing themes in society tangible. Her work evokes a physical and sensorial response before it reaches the intellect. In this she has found a way to connect to a multitude of audiences. The content defines the context and form of her work, and she creates her performances in a way so they can easily be adapted to other circumstances, without loosing the core of the work. Next to big and small stages, her work was visible in clubs, in a tea bar in Amsterdam, at TEDX and more. The focus on creating space for the dancers to have ownership of the work contributes to this flexiblity of the work.

During Gioia Fiorito's two manias her biggest dreams and darkest nightmares became reality. At full speed she became an unstoppable force of nature with a unique perception of the world around her. Now, ten years later, she lives a regular life, but not without the magnificence of her imagination. In Gioia Live, together with dancer Mara Hulspas, she honours the power of fantasy, dreams of the future and reflects on the past. With dance, video and text, a game unfolds between delusion and reality. Not everything is what it seems. The warm, elusive and powerful movements of Mara and the poetic, humorous and striking reflections of Gioia flow together in an intense performance that celebrates the autonomy of the individual.

Bitter Sweet Dance creates highly physical and slightly absurd performances that penetrate every fibre of the body. BSD undermines clichés, stretches the definition of what is considered 'normal' and makes all that is human tangible. Gioia Live builds on the film documentary Gioia that Liat Waysbort made with Laura Stek in 2019 and that was nominated for the Gouden Kalf for short documentaries.

Bitter Sweet Dance supports and produces the work of Liat Waysbort, which is both bitter and sweet, challenging and provoking. As the artistic director, Liat Waysbort is creating a new and adventourus landscape of activities. From choreographing for bigger venues to choreographic pop-ups, from workshops for professionals to physical introductions for audiences, from developing new working methods with other media like film, to deepening her dance language. Together with artistic associate Annette van Zwoll an she develops a dynamic, playful but professional organisation in which the artistic work and the organisational work are intertwined.

Movement can be originated in an aesthetic idea, an image or sensation.

My classes are focusing on developing physical and technical skills and increasing the sensorial awareness of one’s body.In the classes I connect the physical/Kinesthetic processes to the awareness and the awakening of the body. I am using references to traditional dance practices and techniques mixed with yoga. With that synergy I am training dancers to arrive at their full potential and enlarge the positive experiences in the practice of dance. The classes relates to my own vocabulary, which resaults in a very physical and increasingly demanding work of high energy. It is necessary to have a follow up of the classes in order to sense the development. In those classes I am training the body and the brains in a multi tasking way. My attitude as a teacher is humen and positive.

Flow of thoughts and practical tasks leads us into moving in space, connecting to the dancing body in real time, As in life – increasing our experiences while moving.

I  teach regulary in the Modern Theater department in AHK, Amsterdam, Henny Jurriëns foundation Amsterdam, Codarts Rotterdam and national and internationaly workshops. The technical classes are based on my own idioms developped in years of experience and experimenting. Besides that I teach composition courses, deepening physical performative knowledge and do professional coaching. Detailed information about my work you'll find on the internet, otherwise send a

In 2021/2022 the multi-disciplinary performance Gioia Live will tour in theaters in the Netherlands.

Dates & theaters are with reservation 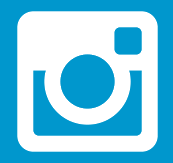 
ANBI
Bitter Sweet Dance has an ANBI status, which makes donations tax deductible. Do you want to support us financially? Send an email to